Where do you live?
I don’t actually live inside a post office box, but I live near this one in case you want to send me a letter through the mail.
Jody Feldman
P.O. Box 32032
Saint Louis, MO 63132 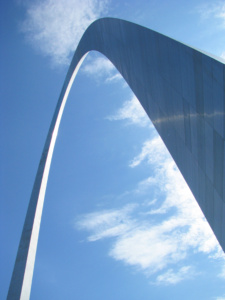 Do you have a family?
I have a great family. Besides my husband and two daughters, I have brothers, a brother-in-law, sisters-in-law, nieces, nephews, cousins, and assorted other relatives plus friends who are as close as family.

Can you visit my school?
I LOVE visiting schools, and have been to many, but first I need to be invited. If you want me to come speak at your school, talk to your teacher or your librarian and have him or her contact me. We’ll see what we can work out.

Are your stories related to your life?
They are only related to my life in an “I wish things like this could happen to me” sort of way. In fact, that’s the common thread that runs throughout most of the books I write. I hear something or see something or remember something that sparks an excitement deep in my gut. What if? What if? What if? That’s what I keep asking myself. And when that little crumb of excitement turns into an idea? That’s the next book I want to write.

Why are there so many puzzles in your books?
I’ve loved riddles and brainteasers and word games for as long as I can remember. I also know lots of kids like them … BUT lots of kids do not. In an attempt to make everyone happy, I try to write my books so you can choose to stop and figure out the puzzles or you can read straight through to see how the characters figure them out. More important, I work to write about interesting characters and exciting stories so everyone can have fun with the books, puzzle lovers or not.

What is your best work?
No matter when I answer this question, I like to think my best is the book I’m writing right now. That’s because I also like to think that I learn so much from each writing experience that every time I write a sentence, I become a better writer.

What else can you tell me about you?

I can tell you lots of things, but let me stick with some facts that aren’t as random as they appear. Each one tells you just a little more.

If you’re a kid (or a bigger person who once was a kid) and you want me to answer your question on this website, email me (with the subject line = KAQ). I can’t promise to answer every question here, but you will hear from me. And if you don’t mind, include your first name, grade if you’re in school, and state or province or country.) 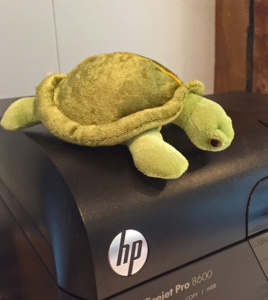 Why are all of the main characters in The Gollywhopper Games boys, and also why did you change the model [in the 3rd book] to Friend or Foe? (not that I don’t like it) Also during the first round of Friend or Foe, did you pair up all of the people who got the same places together? (I’m a 6th grader and I live in Wisconsin)

I initially wrote The Gollywhopper Games because of a request from a boy. I wanted to write something I hoped he would read. When I discovered that the series had just as many girl readers, I considered writing one of the next two books from a girl’s point of view. After a discussion, though, my publisher and I decided to stick with boys. As a girl myself, I understand why you’d want to see the competition though a girl’s eyes. That’s why I make a concentrated effort to have strong female characters in all the books I write. You may be happy to hear that I’m working on a couple of books (completely different) that DO have girl main characters. Also another one with a boy, but again, girls play very strong roles.

For people who aren’t familiar with Friend or Foe, contestants are paired off to compete in a sort of head-to-head manner for part of the Games. That was a change from the previous books. Here’s why I did that. In many competitions (especially in reality TV games like American Ninja Warrior, The Amazing Race, Survivor, and others), you’ll find new rules and/or events from season to season. TV creators do this to keep things fresh and fun, and so the contestants can’t completely prepare in advance for what they must do to succeed. I took a cue from that, thinking readers might be ready for some twists to the Games.

To answer your last question, in pairing up contestants during Friend or Foe (do note they were randomly paired up in the actual competition), I tried to choose the most interesting matches I could. What do you think might have happen if I had paired them up differently?

The KAQs  below are from a class of fifth graders from Missouri:

Why did you become a writer? (Hannah M.)
Writing always came easily to me. I didn’t necessarily like it, but I discovered I could do it well and do it fast. That’s not strong enough a reason to stick with something, but here’s why I did. One day, when I looked back over what I had written the past week, I sat there for a second and thought, “Wow! I wrote that? I’m capable of taking all these random letters and forming them into ideas?” Creating something where nothing existed before might be one of the most exciting things you can do. And now, the reason I write is that I can’t imagine going through my life without writing.

What would you do if you were not a writer? (Lily B.)
I like to say I might have liked to become a treasure hunter, a codebreaker, a movie director, an artist, and an inventor. Those, however, were sort of dreamer occupations. I don’t have enough talent to become an artist. I don’t live in the right place to be a commercial movie director. I doubt I’m patient enough to try a zillion variations of a new product as an inventor would have to do (though, I do rewrite everything a zillion different times, but it just feels different). Treasure hunting isn’t practical. And while I might have been able to acquire the skills to do some codebreaking, I simply didn’t.

While it might be fulfilling to work in a lab, performing experiments or medical research, and it could be exciting to do Internet detective work, and I may have the skills to be an architect, I’m not sure I’d settle into those occupations. So to answer your question, I don’t really know. However, if you made me switch jobs right now, I’d look to work at a college, either as a professor or in the admissions department or in some position where I’d have contact with students. Which I sort of do anyway.

Are you going to write any adult books? (Emily)
Right now, I’d answer, “No,” but if the right idea and the right characters came along, I might.

You do bring up an interesting topic. Many people believe that authors of children’s books eventually “graduate” and go on to write books for adults. That’s like saying your pediatrician may get good enough to, one day, be a doctor for grown-ups.

Writing books for children requires a specialized understanding and skill set, and there are instances it can require more care and thought than writing books for adults. I have a favorite quote by a children’s author you might know. Her most famous book is called A Wrinkle in Time, and her name is Madeleine L’Engle. She once said, “You have to write whichever book it is that wants to be written. And then, if it’s going to be too difficult for grown-ups, you write it for children.”

What would you say is your style of writing? (George)
I like to write, well, let’s call it, casually, the way normal people talk and act, and think, too. I want you to get lost in the story and in the lives of my characters so you’re racing through the stories, discovering you’ve come to the last page without realizing how long you’ve been reading. And that you close the book and wish there were more.